First, the part you’ve been waiting for: The official results have been loaded into UltraSignup! It’s never easy to wait for results, and we appreciate your polite, gently-impatient inquiries.

Second, the squishy stuff. The stuff that you probably don’t need to know, but we need to say.

This race started as an idea.

We’d volunteered at Tuscobia and Arrowhead, we’d seen the frostbitten fingers and still-shrink-wrapped survival gear. And we had this idea that maybe – just maybe – there was room for an experience that pushed people to learn even as it pushed them to compete. 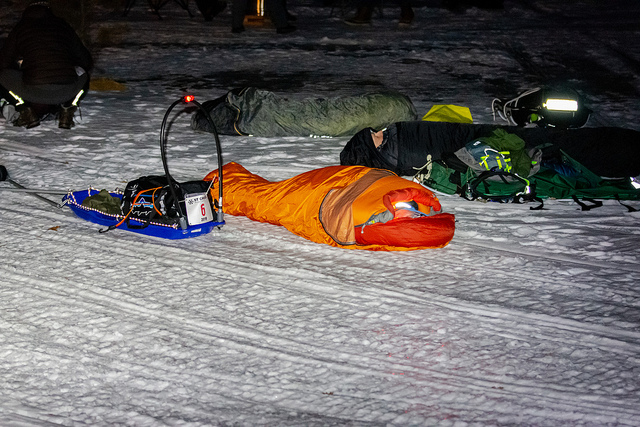 And so it happened: a race with a purpose.

Of the 44 runners, 26 bikers, and 2 skiiers who started the race, only 4 people dropped. There were no serious injuries. Nobody got irretrievably lost.

This race happened because YOU happened. You believed in us. You signed up to race, you came out to volunteer. You took care of us, and you took care of each other. When bikes had mechanical issues, you stopped to help. When competitors became sick, you were there to look after them. 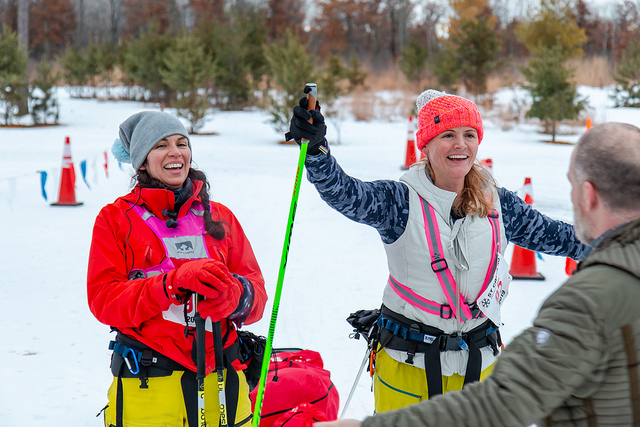 All weekend, we heard from participants saying that this was what they needed: a shorter, smaller, safer proving ground to test themselves. Some learned that they want more, while others learned that this was plenty. Still others found a place where they could fulfill a huge goal that was otherwise unattainable.

This race was, simply, exactly what we meant it to be.

With that said, there were some hiccups. Our course markings needed some tweaking, and we’ve already begun discussions about how to improve these for next year. We ran out of safety pins because we failed to do basic arithmetic. We have 10-dozen leftover eggs in our fridge. Waking up the next morning, we realized so many small things we could do better, and we will.

So thank you all from the bottom of our hearts. Thanks to the volunteers who answered the call, taking naps in their cars and spending hours on end standing in the cold. Thanks to the participants who turned out in force, jumping at the chance to compete in a first-year race with untested race directors.

Special thanks to our mentors, the race directors who held our hands, answered our questions, and offered endless volunteer opportunities: John and Cheri Storkamp, Chris and Helen Scotch, Ken and Jackie Krueger.

And thanks to the great park itself, St. Croix State Park, for offering a home to our idea. Park Director Rick Dunkley and his wonderful staff took us in and gave us free rein when everyone else looked at us like dangerous, slightly-crazy animals. (Which we probably are. But so are you.)